UGLY KID JOE are back! With Rad Wings of Destiny, the Californians release their first studio album in seven years! For the new songs, the band once again worked with producer Mark Dodson, who was already responsible for UGLY KID JOE’s multiplatinum debut album, America’s Least Wanted, in 1992, which celebrates its 30th anniversary this year.  Rad Wings of Destiny will be released as CD digi, vinyl, and limited fan box.

In November, UGLY KID JOE will return to Europe to present the new songs live to their fans.

The band musically combines rock, hard rock, heavy metal and funk. They became internationally known to a wider audience through the hit singles “Everything About You” and “Cats in the Cradle.” The name UGLY KID JOE is an allusion to the glam metal band Pretty Boy Floyd, who were quite successful in the ’80s. They came up with the name because a joint gig with that band was planned, but Pretty Boy Floyd cancelled it. Actually, they only wanted to adopt the name for this one gig to emphasize the difference between the two bands, but then kept it. 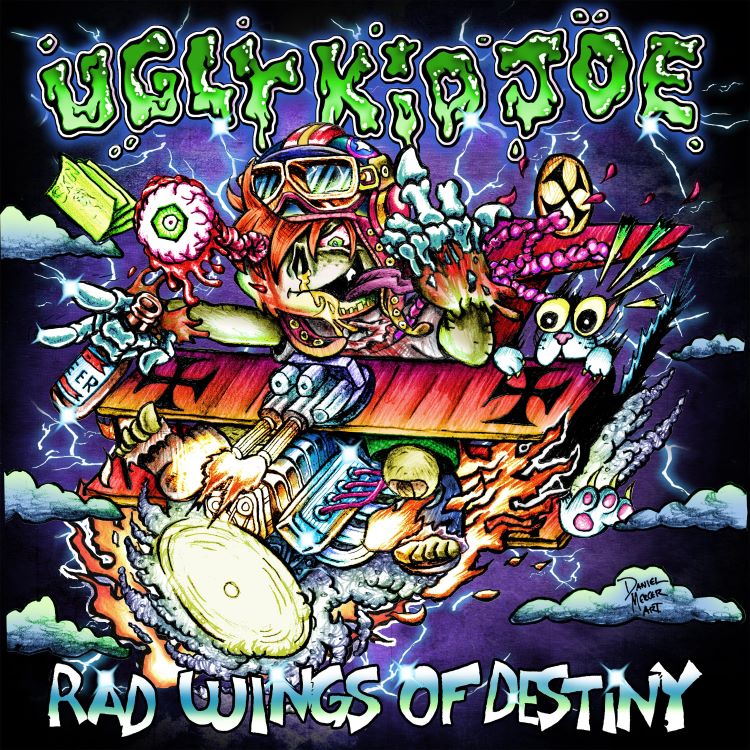