Multi-award-winning Elles Bailey has been nominated for 3 awards at the UK Americana Awards 2023, to be held early next year in January. What’s more, her long standing guitarist and collaborator Joe Wilkins has been nominated as well, in a separate category. Remarkable recognition for both artists, in addition to their fan following and the critical praise earned by both their live touring and Elles’ latest hit album ‘Shining in the Half Light’.

The UK Americana Music Week will return to venues in Hackney, London between January 23rd and 26th 2023. It’s the UK’s biggest celebration of American roots music, and features showcase performances, industry expert panels and special events, all rounded off by the prestigious awards show, to be held at the Hackney Empire on 26th January.

Meanwhile, Elles’ long-term guitarist Joe Wilkins is in the running for AMA-UK ‘UK Instrumentalist of the Year’.

“I’m utterly blown away and haven’t had a chance to process this news!” says Elles, “What I will say, however, is that this is a testament to the EB Fam!  All the songwriters I work with who help tell my story; my unreal live band for the many miles we have covered this year, who also made such a beautiful record with me that I am so darn proud of. And, of course, to Dan Weller for steering the ship and producing ‘Shining in the Half Light’. To my manager Luke and my incredible release team, all those who supported the record in the media and of course to my fans: they are one of a kind and I am a lucky girl! I’m also super-chuffed that Joe Wilkins is also up for Instrumentalist of the Year. He’s such a huge part of my story: a super talented guitarist and he so, so deserves this!” 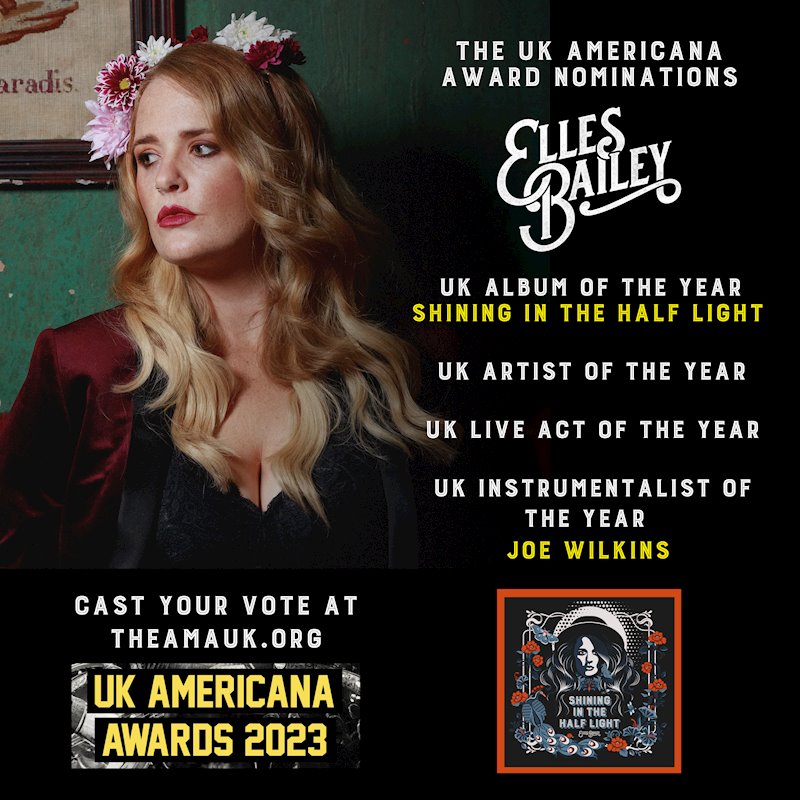 The Album, Artist and Instrumentalist of the Year Awards are all member-voting; however, UK Live Act of the Year is a public vote.
Click the following links to vote:

Elles has also linked to the voting via her LinkTree: https://linktr.ee/ellesbailey

The AMA note: “The nominated artists in the new category are the result of AMA-UK’s uniquely open and member-driven process. We ask our entire membership to nominate in each category, and then the board use that data as a guide to compiling the final shortlist. The members and now the public then vote for their favourites to produce the winners. The voting data is then audited by an independent body to ensure that every vote is counted.
N.B. They add: “No changes can be made once you have clicked submit. Voting closes on Tuesday 6th December 2022 at Midnight (UK).”

It’s been another amazing year for Elles Bailey, who not only released her third album ‘Shining in the Half Light’ to high acclaim, but joined forces with Planet Rock to present a regular show on the high-profile British digital radio station. In addition, she’s also announced her new 18-date 2023 headline UK tour. This year, Elles also stepped up to support some all-time living legends: bluesmeister Walter Trout on his recent UK tour, and she’s supported Don McLean on his UK Tour (celebrating the 50th anniversary of the release of ‘American Pie’). Elles also opened for the world’s number one master of Celtic Soul, Van Morrison. In August, Elles also set sail and played Joe Bonamassa’s ‘Keep the Blues Alive at Sea Cruise’, whilst on land in 2022 she has headlined multiple festivals, as well as playing key slots at Cheltenham Jazz fest, Cambridge Folk Fest, Planet Rockstock and Wilderness Festival. 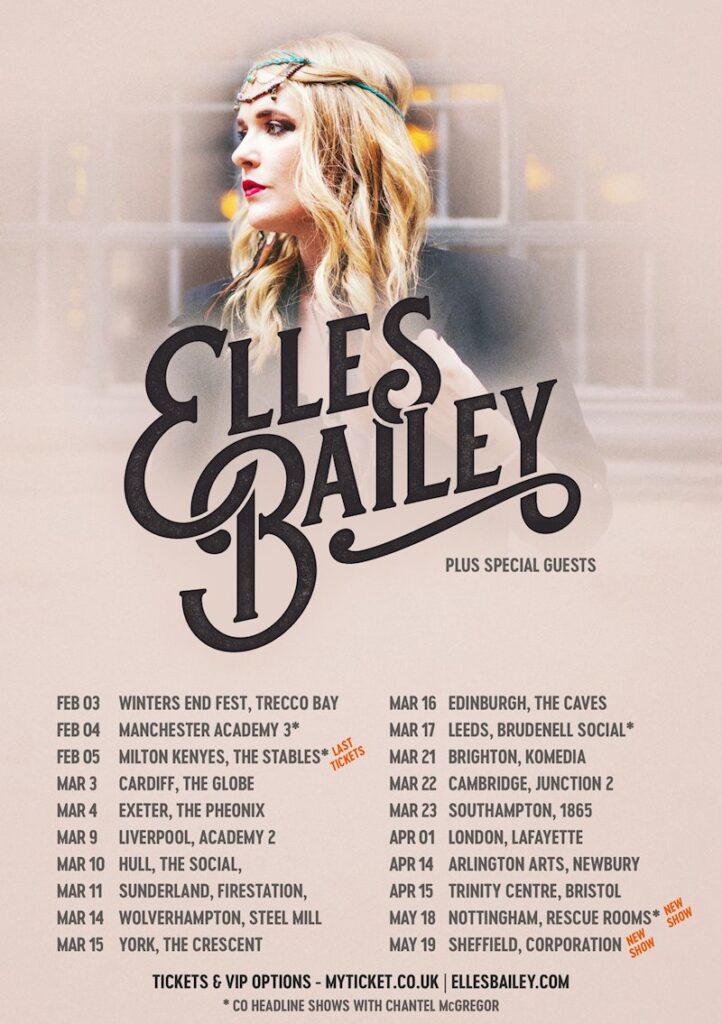