Celebrated Montreal rock’n’roll band The Damn Truth are pleased to announce the release of their new single “Look Innocent” which was out on Friday October 7th.  The new single was released a week before the band return to the UK for an 11-date UK tour which kicks off on October 15th at the O2 Academy in Bristol.

About the new single, lead singer, Lee-la Baum says, “We have a bit of a habit of putting ourselves into dangerous situations for our videos, from hanging upside down and being spun around, and now, in this video, walking backwards into crowds and cars at rush hour. If there’s a rock’n’roll nine lives, we’ve used up quite a few so far. Sometimes it’s the little things that stick with you… We were on tour somewhere in western Canada, on what felt like the longest highway EVER. I started to think about this silly argument I once had with my boyfriend and how we almost broke up over it. It made me laugh in my head, so I wrote it down on a piece of paper. I could almost immediately hear the melody and type of vibe that the song should have. When we got to wherever it was that we were going, I grabbed the guitar, and the song was born. The song is really about everything that is under the surface in a long-term relationship. Obviously, our problems weren’t about the type of pet we should or should not get, it was just a trigger… but I find those little moments of being so detached from reality WONDERFUL! Look innocent is an ode to a longing for a love that was. A love that was far from perfect, yet the memories are vivid, and perfection is over-rated anyway.”

Adds TDT’s drummer Dave Traina, “When we were in the studio with Bob Rock, we had a bit more difficulty recording this song. The changes Bob made were challenging and it put us all on the spot, which is what you want with that level of producer. It made us approach this with a heavier, serious vibe and I think that also comes across in the video. It’s one of our favourite songs to play live because of that.” 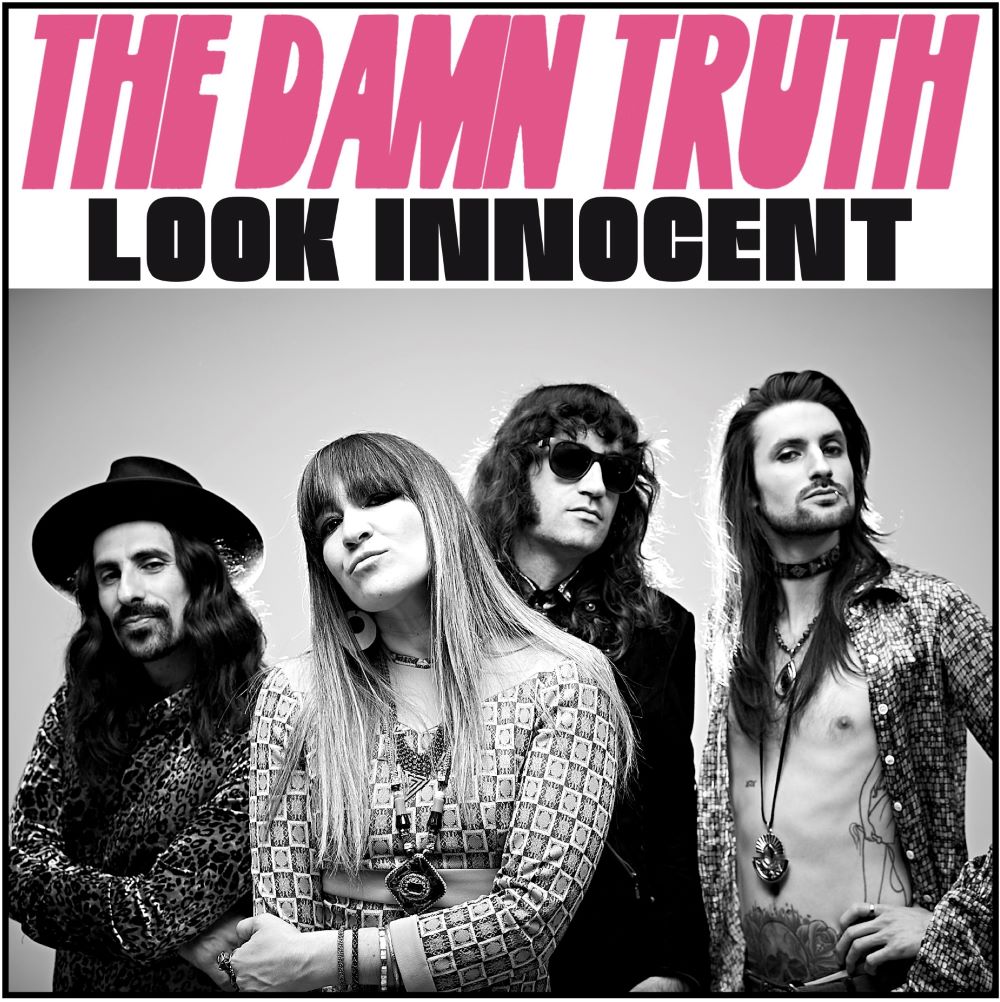 The tour announcement dovetails with the band’s latest single Look Innocent, which is taken from their critically acclaimed album “Now or Nowhere” released by Spectra Musique/Sony Music. Produced by legendary Grammy Award winning record producer, Bob Rock, the album is available from www.thedamntruth.com.

The Damn Truth have experienced considerable success at radio airplay in the UK including ten weeks of high rotation for their previous single “This Is Who We Are Now” on Planet Rock and a spot play on BBC Radio 2’s Rock Show with Johnnie Walker.  The band have also won on several occasions for Tracks of the Week on Classic Rock’s Louder Sound.

“We’re looking forward to touring the UK,” says lead singer and guitarist, Lee-la Baum. “Last time we played the UK was earlier this year when we supported King King on their February tour.  We had a fantastic time, and we can’t wait to return for more fun and excitement.  UK audiences are the best.” 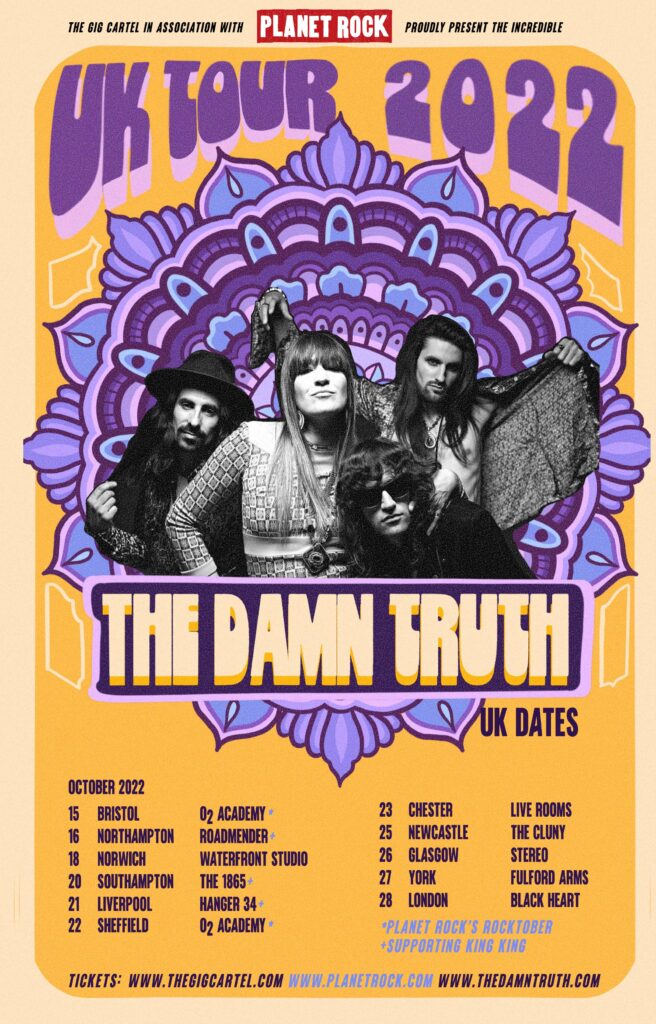 “The Damn Truth are a fresh revivalism of the psyche music scene from the mid 60’s,” says Jeff Laufer, editor of the Californian website, Rock Bands of LA. “Critics and fans alike praise their regeneration of the hard rock sound and values.”

“Bob Rock found a spirit within the band that he hadn’t experienced for many years,” continues Jeff. “He saw something special… an artist with burning talent that needed the right direction to break wide open…like lightning in a bottle.”

“The production by the legendary Bob Rock capturing the essence of what the band have without damaging the humanness at its core. The drums thunder, the bass throbs, the guitar alone could wreak havoc to the solar system and the vocals of Lee-La Baum control the storm, a commanding presence over the hurricane.” – Metal Planet Music

“Now or Nowhere” chronicles the band as they navigate life, love, and everything else in a world gone seemingly upside down and sideways during the past year they were unable to finish the album with Bob because of COVID-19 restrictions, the band recorded the remaining three songs with help from Juno Award-winning producer Jean Massicotte who mixed “Everything Fades”; and the rest of the mixing was done by Vance Powell (Jack White, Chris Stapleton), Nick DiDia (Bruce Springsteen, Rage Against The Machine), and Mike Plotnikoff (Van Halen, Cranberries).

The Damn Truth have extensively toured Europe and North America and opened tours for Z.Z. Top (and partied with Billy Gibbons in his pyjamas), the Sheepdogs, Styx, and Rival Sons.

They sold out the legendary Whisky a Go-Go in Los Angeles, sold out the Corona Theatre in their hometown of Montreal, and had one of their videos featured on the official Janis Joplin Facebook page. It’s a culmination of a lot of blood, sweat and tears that’s come fruition with “Now or Nowhere”.