The video for “Time Bomb,” currently in post-production and set for release on September 28, was helmed by acclaimed director Dale ‘Rage’ Resteghini (Five Finger Death Punch, Guns N Roses) who Rachel Bolan sought out to realize his artistic vision for the song about humanity’s continuing struggles with self-indulgence and monotony. Rage, known for his ability to get extremely visceral performances and coming up with eye catching visuals, collaborated with Rachel while using the film world’s latest breakthrough in cinematography, the brand-new Arri Alexa 35 and handcrafted MasterBuilt Classic Lenses helping create the stellar look for “Time Bomb”.

“What would it be like to be in that position?”, Rachel asks. “Just be completely going about life, your normal everyday thing, but you’re thiiiiis close to just completely losing your shit? Co-directing the video with Dale was a great learning experience. His energy is infectious, and his knowledge is vast. It was something I had never done before and probably wouldn’t have if it weren’t for Scotti Hill saying, ‘You should direct our next video.’ It was a lot like writing a song, but the characters are real. It was all about making my vision come to life.” – Rachel Bolan

It’s cliché to say that a band has all their lives to write a first album. The truth is that they spend the rest of their lives trying to understand how they did it. The Gang’s All Here is the octane of an attitude that’s been festering since the band formed in 1986. Producer Nick Raskulinecz lit a creative wildfire by challenging them to deconstruct good ideas and rebuild them into something even better. Something timeless. He became the arbiter of their legacy, daring them to revert to instinct and be the same rambunctious kids who made their first two albums. 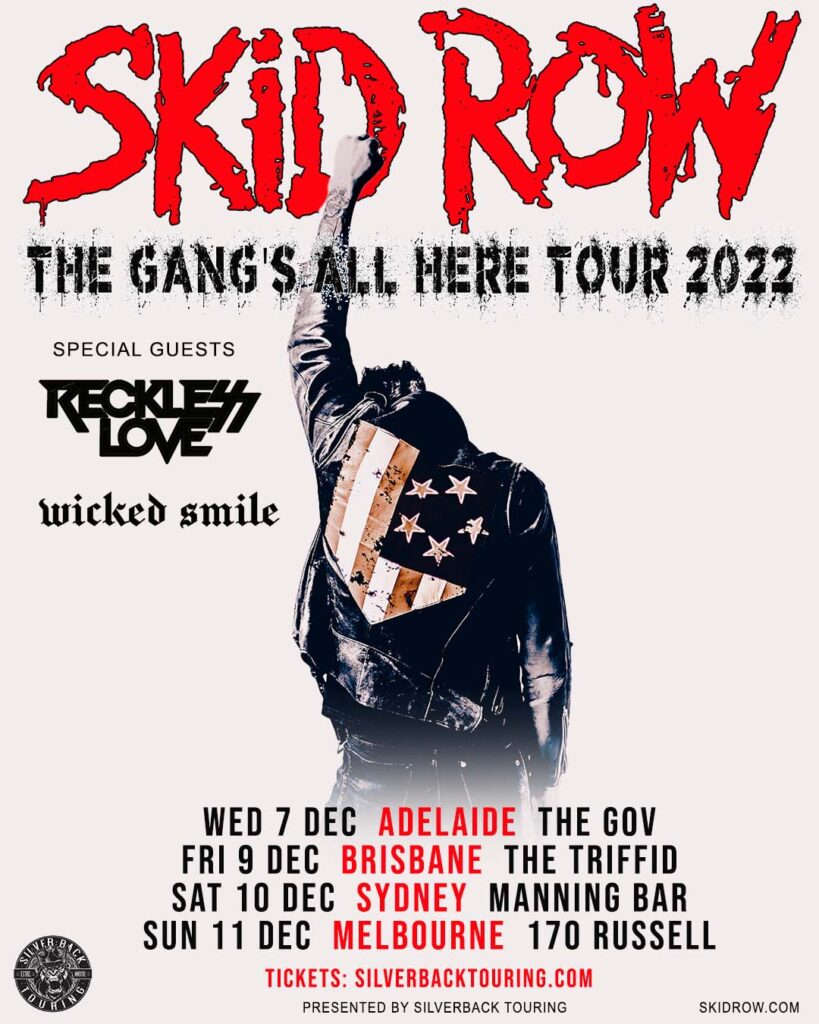