There’s nothing like a big Rock show on a Friday night to blow out the stresses of the working week and the Hordern was certainly buzzing with anticipation by the time we arrived for the Airbourne & Steel Panther extravaganza. My scientifically verified poll methodology of spotting t-Shirts amongst the punters, told me that Airbourne had a strong following in their own right tonight.

The symphonic Terminator theme intro, and the imposing wall of Marshall stacks created a commanding aura, before Airbourne explode onstage into Ready to Rock. The Warrnambool boys have been on the road for 5 months by now & it shows, they’re in red-hot form! The Girls in Black in attendance get their traditional serenade, before Burnout the Nitro literally lights up the stage with flame pots singeing eyebrows all the way to the back of the old shed.

Frontman Joel O’Keeffe takes his traditional piggyback ride through the crowd, before anointing Sydney ‘the Capital city of Australia’ trying his best to rile up the bay crowd even more.

In 5 months on the road, they’ve been from the UK to France & Poland… they were even going to Russia “Before some F__khead decided to start a war”, but expressed their intention to go back to Ukraine whenever possible.  Hey, with Airbourne in this kind of incendiary form, they might end the conflict on their own.

Indeed they prove too much for the soundboard & the power cuts out midway through Breakin’ Outta Hell, Joel amuses himself by tossing beer over the crowd.

A few minutes later, power is resumed, and the band pick up right where they left off & finish the song like nothing had happened.

It’s All for Rock & Roll is dedicated to Lemmy, before the Air Raid siren is cranked up & they finish with an extended Live it up with a smattering of Let There be Rock.

Airbourne are in special form at the moment. I’d love to see them come back to the Hordern & headline soon…. They’d smash it! 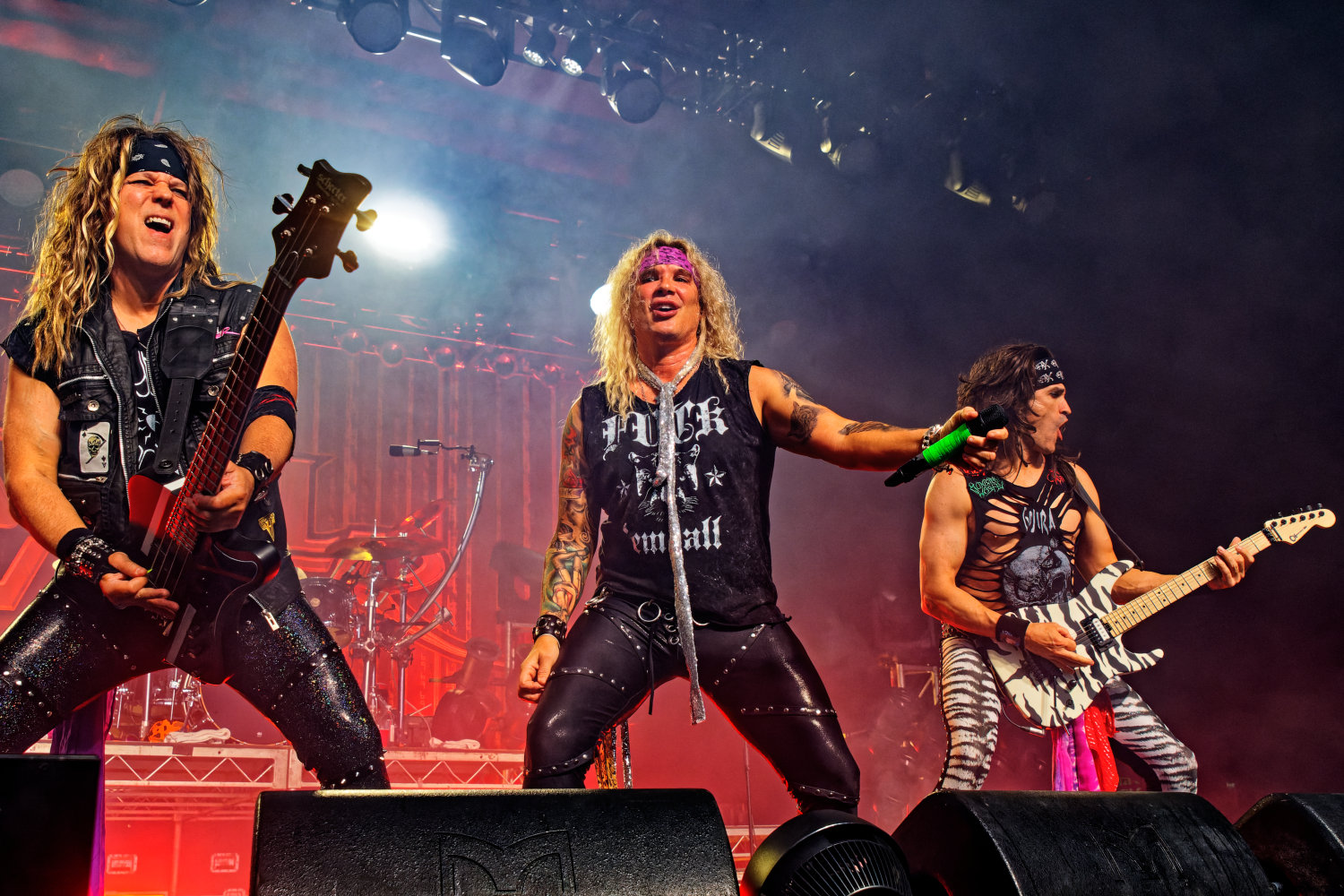 While Airbourne came to Sydney to lay waste to it, Steel Panther came to shag it senseless! Indeed, the substantial crowd are ready & willing to be ‘Steel Panthered’! … many of the punters look like they’ve come direct from the Cobra Club in Parramatta circa 1990, while a few others look like they were dragged backwards through a $2 shop costume dept.

Van Halen’s Unchained serves at the Intro, before the band open things up by Goin in the Backdoor. The band (Singer Michael Steel in particular) looking  much Like Theatre of Pain era Mötley Crüe, run through such delights as Asian Hooker & Poontang Boomerang, all interspersed with energetically indelicate comedy between songs, among the band members & the crowd.

The production is top notch, the lighting, smoke machines, Flame balls & raining sparks also hark back to the glory days of Crüe & Poison. It says something (although I’m not entirely sure what) that the audience is easily half female, actually it’s a surprisingly diverse crowd… all sorts of demographics are in attendance for what essentially is a Glam Rock show. 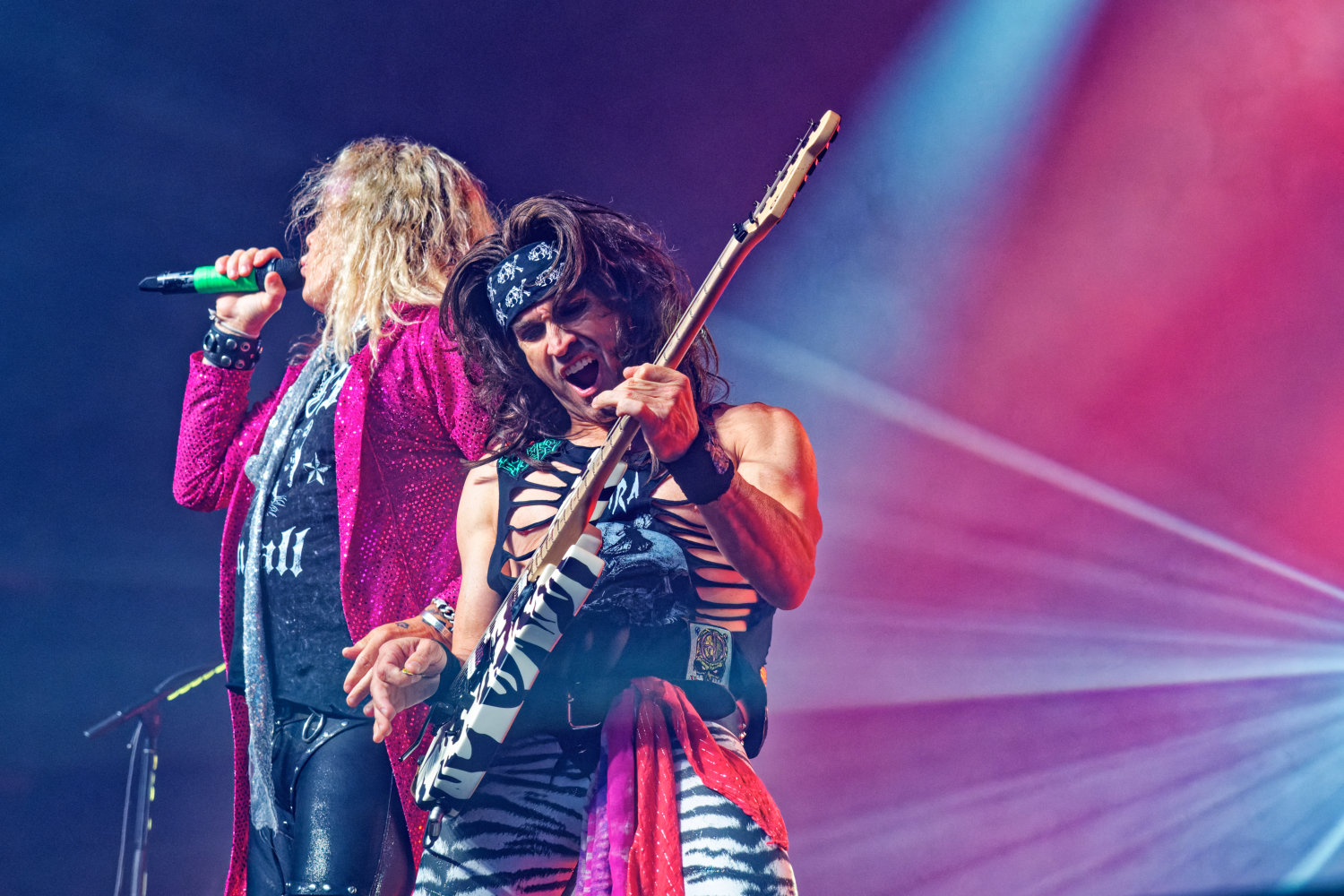 Steel Panther then revisit their Metal Skool days with a creditable run-through of Crazy Train, with Michael Steel shuffling about hunched over doing his best “Osbournes Era” Ozzy. Before Guitarist Satchel takes his solo, perched behind the drum kit, using the kick drum for rhythm and runs through a medley of famous riffs, the usual… Thunderstruck, Raining Blood, Iron man, Sweet Child o’ mine… (you get the drill).

It has to be said that Guitarist Satchel’s bravado about how ‘easy’ Sydney ladies were may have come back to bite him as he ran from stage right to left & back trying to avoid being manhandled by the marauding women on stage. (Funniest part of the show for mine).

The set ends with the SP classic Death to All but Metal.

The inevitable encore include the soaring, sensitive Power Ballad that is Community Property (introduced with ‘Bringing your girlfriend to a Steel Panther show is like bringing Chlymidia to a Koala Park’), and finally, the South African Smash hit Glory Hole brings the whole shebang to an end. I feel like the next time Steel Panther tour, the crowd will be even bigger still …especially with a top-notch support in tow like Airbourne. 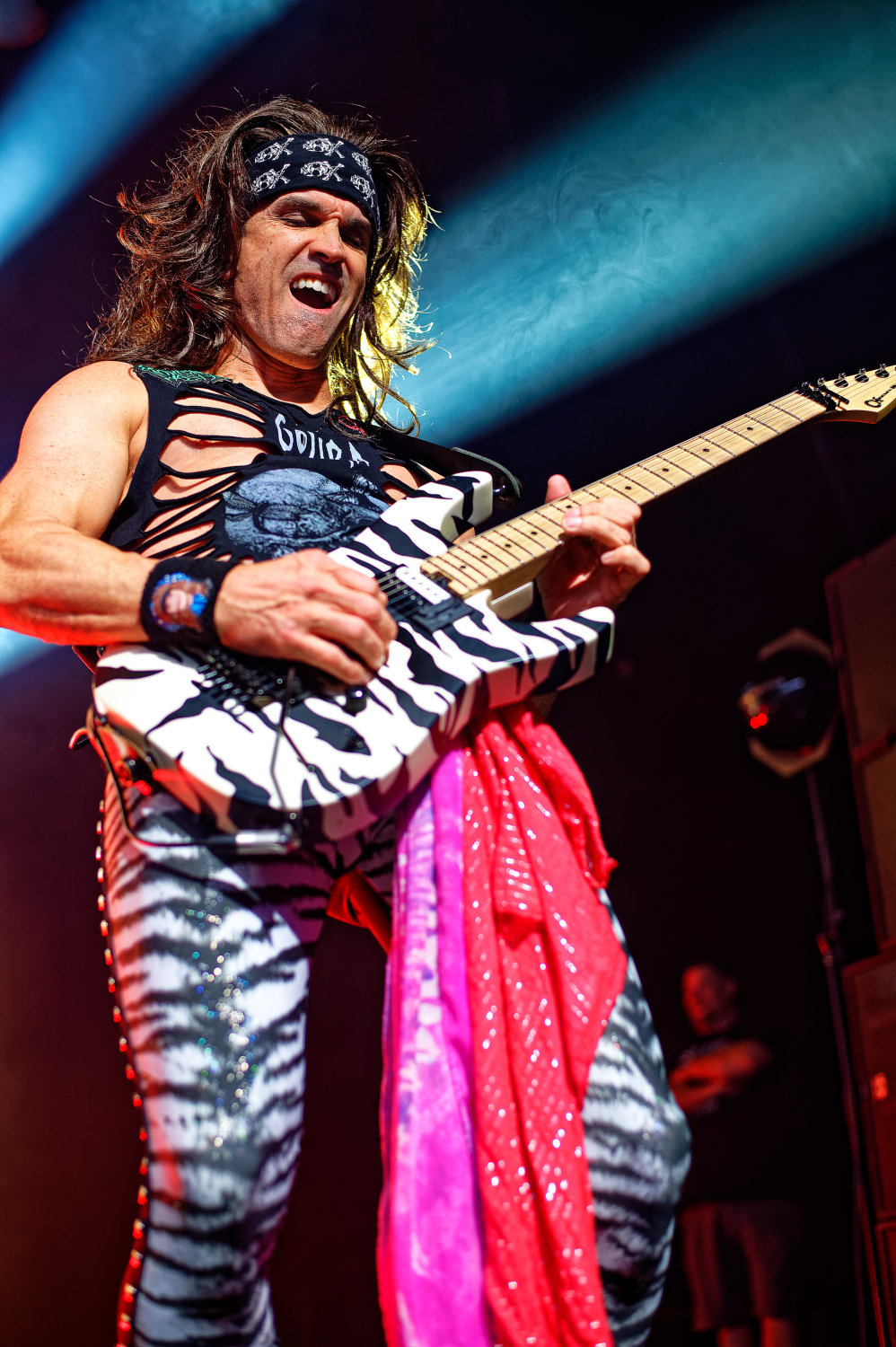 All photos by Adam Sivewright, Review by Grant Ottley