After wowing audiences in North America and the U.K. on the ‘Made of Rain’ Tour The Psychedelic Furs finally made their way to Australia for their first ever date in Perth and it was well worth the wait. Front man Richard Butler has to be one of the quintessential voices of the 80’s Post Punk and New Wave era and his unique voice is one of those that can instantly transport you back in time.  Along with his brother Tim on bass the core of The Furs is still intact after all these years. and the reconnection with  Mars Williams on Sax in 2005 after playing with the band in the 80’s is a thing of wonder. The other players in the band make some fine noise tonight too with Amanda Kramer working her magic on keys (she’s been there since 2002) whilst Rich Good on Guitar is excellent, as is newest addition on drums Zack Alford.

Tonight of course is all about the wonderful music The Furs have made over the years and we get to sample it all from the very first eponymous release in 1980 right up to a very generous helping of 2020’s ‘Made of Rain’. Whilst some bands are scared to lead out with a huge song The Furs take the stage to the synth fueled pop of ‘Love My Way’ from the Todd Rundgren produced ‘Forever Now’. It’s a song that instantly warms up the crowd who had been treated to a rather fine support set by up and coming Perth band Vancool.

Richard Butler is a born performer and shows it tonight in actions rather than words as strides the stage from the off in a rather fetching black set of baggy trousers and waistcoat, hanging on his microphone and resplendent in sunglasses, whilst brother Tim throws shapes at the crowd and drives the sound. Before the end of the song Richard is crouching and connecting with the all seated Astor crowd who all look like this is a band they have been waiting a very long time to see. As Richard throws his hands into the air the song ends and he bows, the applause carries all the way to the city. 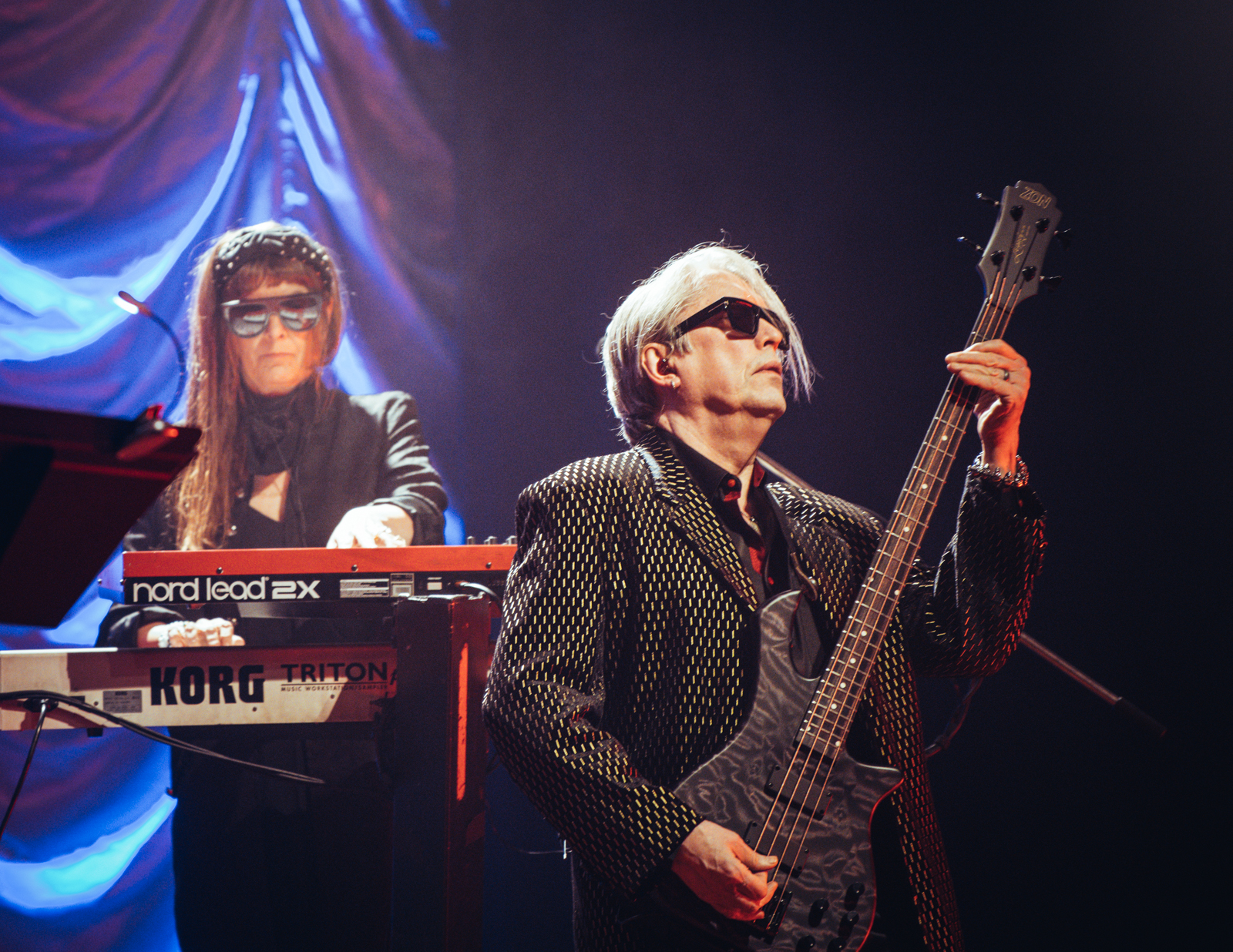 If you’ve not seen The Furs before it’s hard to convey the instant connection you feel, but this is a band of contrasts and for all the romance and passion there are also the harder edged moments ‘I Wanna Sleep With You’ is more direct and bursts out from a blue and ink lit stage with Sax wailing. Buter is crouched again at the edge of the stage for a wonderfully crisp ‘Mr. Jones’ set alight by the wail and noise of guitar and sax. It’s a song that instantly transports you

The first ‘new’ track comes with ‘You’ll be Mine’ from their latest album, their first in almost two decades. It’s a song that has an almost Celtic vibe and some wonderful lyrics that has the crowd lapping it up as enthusiastically as the hits from the 80’s. It seems to please Butler who ends it with a flourish and a bow and who tonight is more than content to let the music say it all merely thanking the audience between songs.  The hair may be a little greyer these days, but still as wonderfully sculpted, and on the strength of new material like that I reckon that there is a lot more to come from The Psychedelic Furs.

There is no letup though, and whilst each song may end in silence from the stage the air is filled with the warm and often raucous response from the crowd. The wonderful growl of ‘Dumb Waiters’ with its huge sax and guiding bass is simply hypnotic; whilst  ‘The Boy That Invented Rock And Roll’ (another new song) is simply wonderful and poetic. When you can write verses like “The breathless air, the frozen tide. The greenless spring, the timeless night. The suicidal drunken dance. The sense that things will fall apart.” you’re more than just another Rock and Roll band! The band is joined on stage by a second guitarist at this point who rounds out the sound, allowing Rich Good all the space he needs to heat things up further. 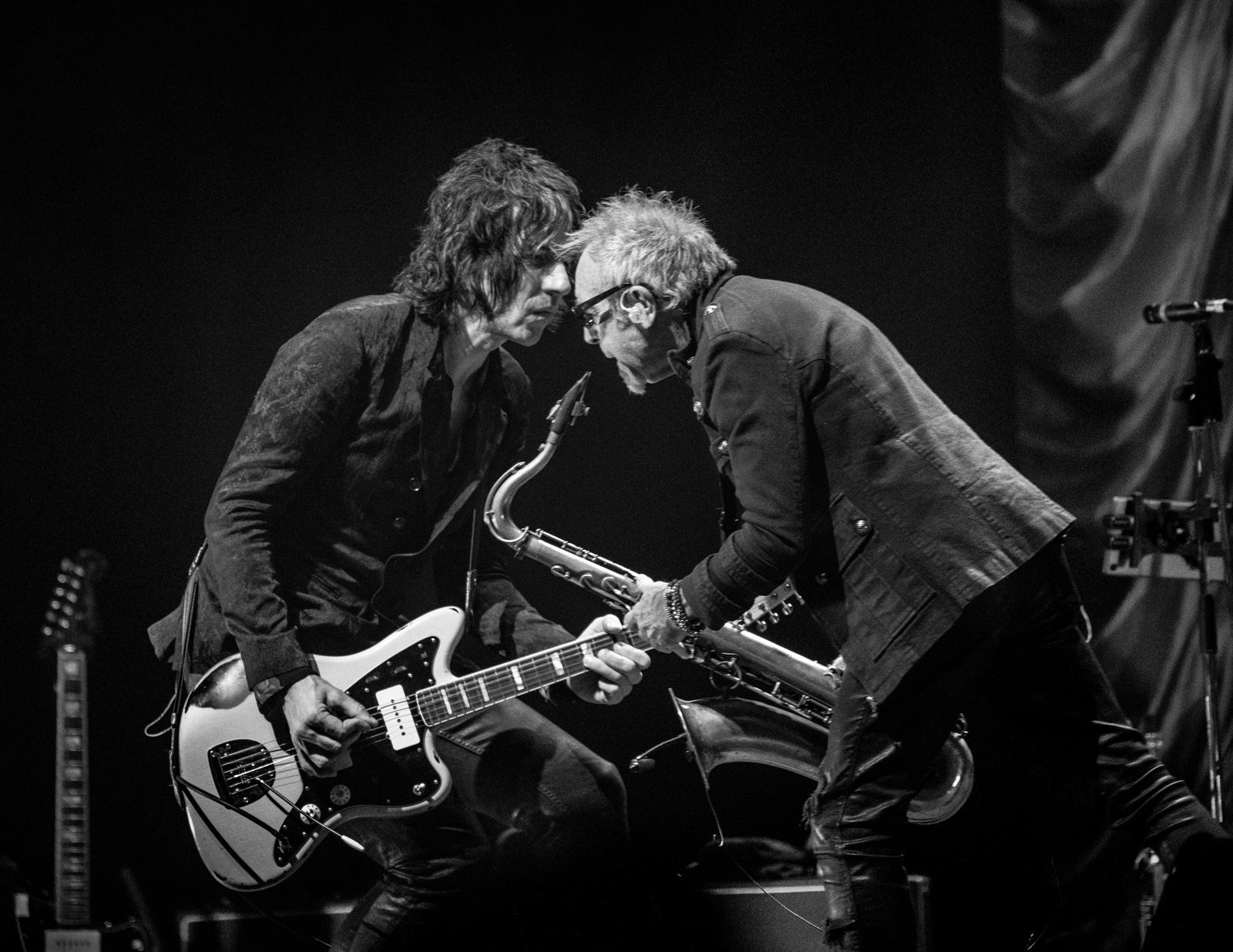 The guitar is front and centre for ‘Wrong Town’ yet another new song that has the crowd in the palm of their hands, there’s a wonderful Bowie vibe to it and Butler’s roar and obvious love of the new material is more than reciprocated. The jangly first album track ‘Imitation Of Christ’ adds some real raw emotion into the mix before ‘The Ghost In You’ let’s Amanda Kramer on keys take the wheel for a while, complimenting the dreamy lyric. Maybe the most surprising song of the night lyrically is ‘President Gas’ a second cut from ‘Forever Now’ which tonight feels like a 30 year old predictive tirade against the politics of today.

Everyone of course knows ‘Pretty in Pink’ and it enters the room inauspiciously led by synths and a crowd on their feet, it’s played to absolute perfection even if the al seated venue tonight stifles the dancing. It ends with another bow and “Thank you” from Butler. And on a night where the new material has stood up remarkably well we get even more with first ‘This’ll Never’ which is nice and laid back, with haunting sax and wonderfully evocative lyrics, and then the more brooding ‘No One’ which if anyone doesn’t already won a copy should have the faithful here searching for a copy of  ‘made of Rain.’ The main set ends with the huge 80’s radio hit ‘Heaven’ from 1984’s ‘Mirror Moves’ and it goes down a storm with the crowd singing back every last word. There’s a kiss to the crowd as the band walk off stage. 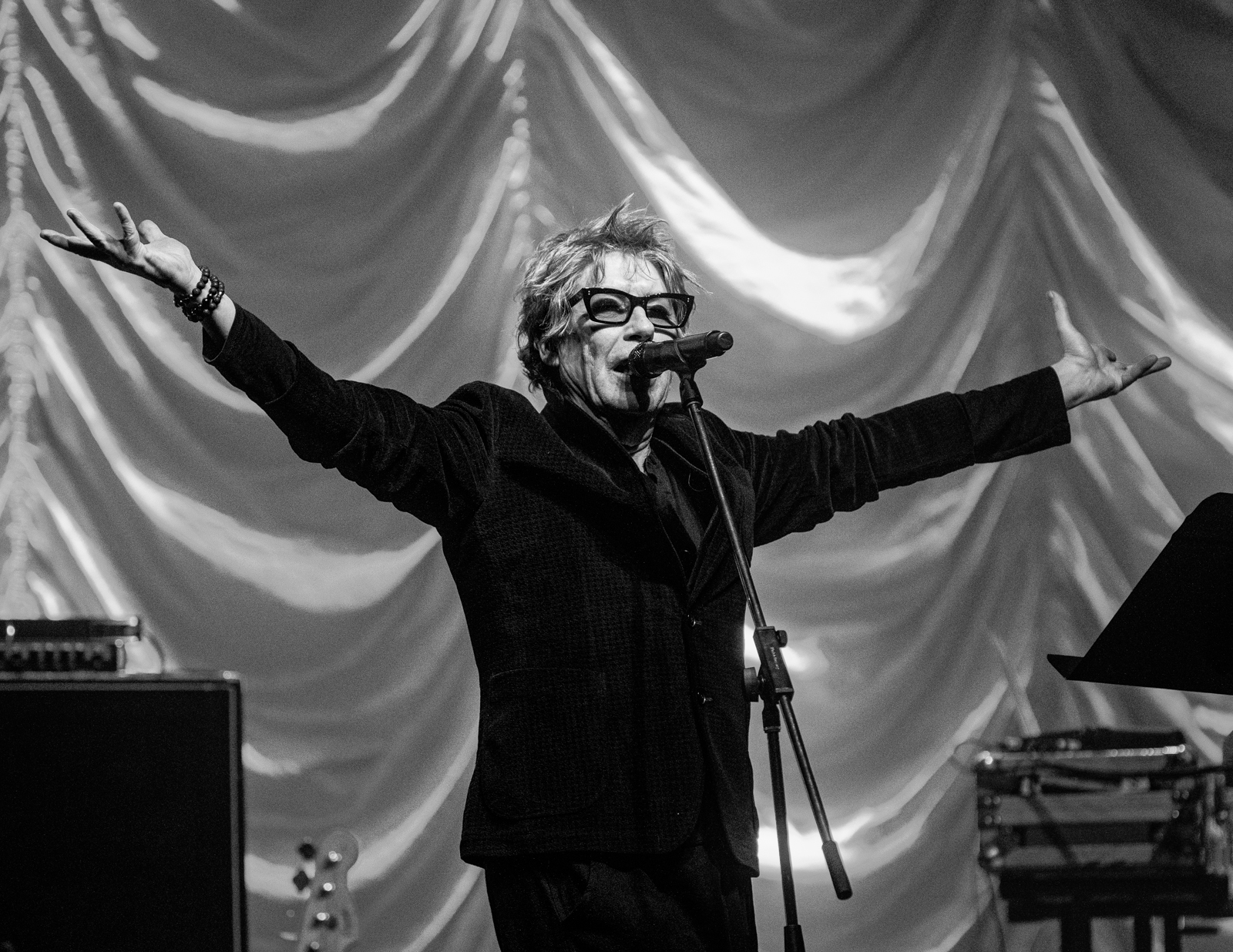 The break isn’t long before the band is back for ‘Heartbreak Beat’ which sees Butler lean on his guitarist to admire the Perth crowd before he reaches down at either side of the stage to shake some hands. It’s a song that no matter how familiar you may be sounds massive tonight as it leaps out at you from the speakers. The sound has been wonderful tonight and none more so than on the song that started my love of the Psychedelic Furs many years ago ‘India.’  This is the essential epic first album opener that lit up new worlds for kids in the 80’s and tonight it is spectacular, if you fail to be moved by it I’d question your love of Rock and Roll. It rides over the crowd like a wave, The Furs most essential noise – hypnotic, driving, brooding and other worldly with wild, wild sax and the roar of the crowd in your ears – it’s the perfect ending to a wonderful night. We close with a final “Thank you” and kisses blown to a crowd that have just seen arguably the best Rock and Roll show since covid robbed us of such wonders.

If you are on the fence about this one, get down now. You cannot miss this! 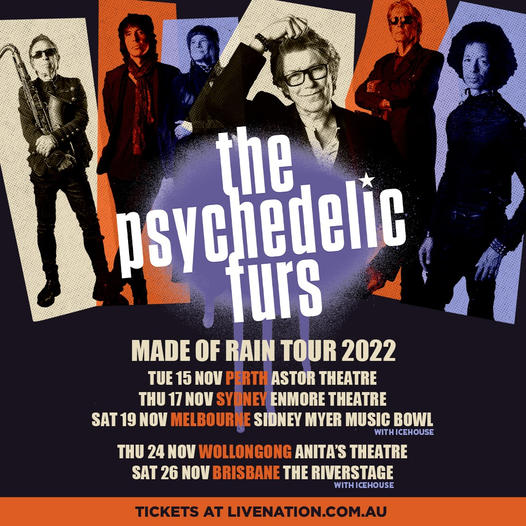