I remember fondly seeing the Hoodoo Gurus final Australian tour, the nationwide three-month ‘Spit the Dummy’ tour, in back 1997 catching shows in Sydney where I lived and later in Perth when I was on holiday. The Gurus have always been a great live band and it was sad to see them hang up the boots. I’d caught the band first back in the 80’s supporting U2 on the Joshua Tree tour in Birmingham and saw them again a few years later in a club in Newcastle in the U.K. The first band I wanted to see when I got to Australia along with Rose Tattoo was The Gurus.

Thankfully some retirements do turn out to be holidays and since those early days I reckon I’ve caught the band a dozen more times everywhere from Wanneroo to Wollongong as well as some big shows like the 2003 Big Day out when they headlined with Metallica and The Strokes!  And here we are in 2022 with another ‘final tour’ – their 40th Anniversary jaunt – knocked forward a year into the future due to Covid. As far as I’m concerned these guys can just keep coming back!

Tonight’s 41st Anniversary set is a wonderfully mixed bag of treats for the faithful, gathered together in their masses under a darkening sky that threatens rain but holds off until we’re almost at the encores. Belvoir is a great, if eccentric venue, a steep terraced slice out of Perth’s Swan Valley – and tonight it’s full. Openers The Rinehearts who at least have the light to play with open with a breezy pop rock set that certainly warms up the crowd and The Dandy Warhols who initially were missing the Perth date until the Covid-forced reschedule deliver what only the Dandy’s can – a set of  Pop perfection, guitar histrionics and feedback drenched mayhem. It’s almost perfect as the darkness falls – some bands were just made to play under the night skies! And hits like ‘Get Off’, ‘We Used to Be Friends’ and, naturally, ‘Bohemian Like You’ sound perfect. 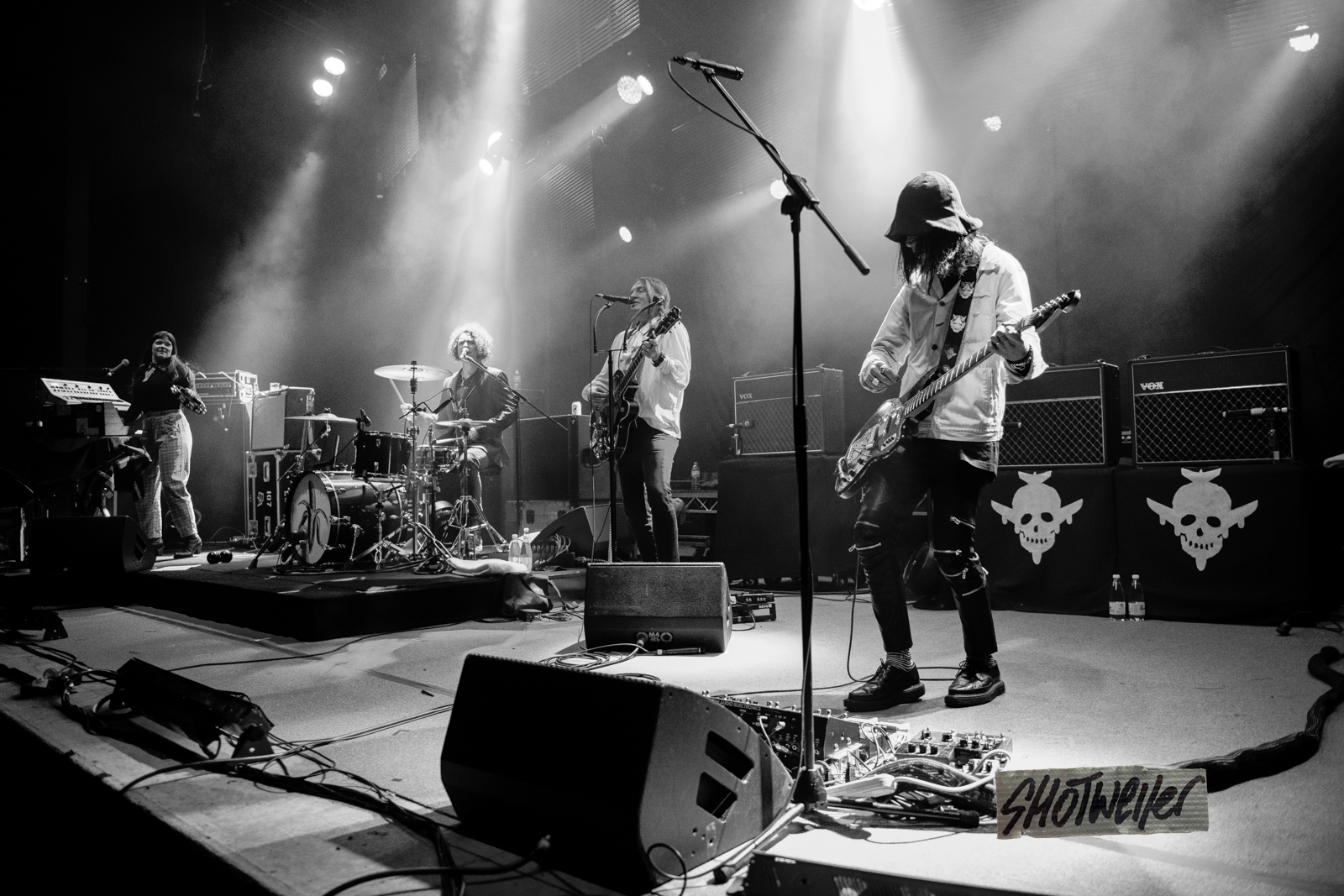 As the last date on the tour there was always a sense that Perth was going to get something extra special and we certainly did. It’s been a massive tour and tonight under the dark skies of teh Swan Valley they just went for it! The crowd on the floor in front of the stage just didn’t stop moving from start to finish, and whilst some of the new material from teh latest record wasn’t completely familiar to all it seemed to be loved by everyone.

It’s always best of course to start at the beginning and as Dave tells us “This is where it all began” before the band launches into the first track from the first album ‘(Let’s All) Turn On’ and to be honest the party doesn’t stop from then on as we take in all the singles and all the great and diverse songs the band has given us over the years. When you’ve had a career like The Gurus the highlights come like the rain that threatens but fails to fall, it’s almost like there’s a sonic shield over the Amphitheatre during the set, it’s raining at my mates place 5km down the road by the time we launch into third song ‘The Right Time’ after a well-received newie from the Chariot if the Gods album ‘Answered Prayers’, ‘Tojo’ follows hot on the heels before the wall of rock that is ‘Don’t Try to Save My Soul’ another new track that Dave introduces as being rather autobiographical. It’s certainly spat out with a passion, It’s nice to get the intros to the new material as clearly there’s no need to introduce the rest as the first notes are enough to elicit a roar from around the crowd. 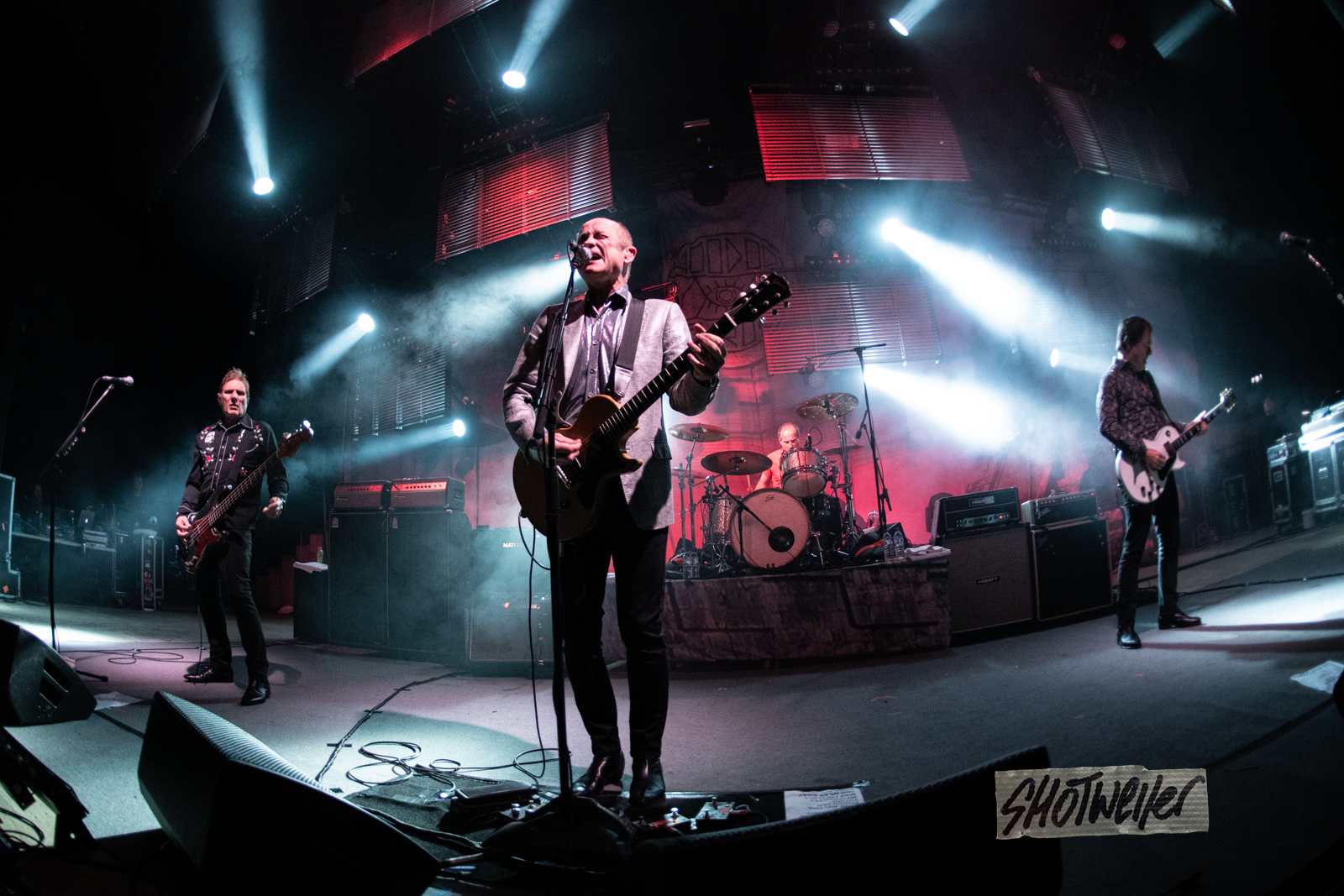 Four decades in the Hoodoos are as tight as ever and there’s an explosive energy that few younger bands would be able to conjure as they launch into the unstoppable trio of ‘My Girl’, ‘Come Anytime’, and ‘Poison Pen’. There’s not many bands ‘of a certain age’ that can get away with playing half their new record and get away with it, let alone do it without missing a beat or losing the crowd, but tonight The Gurus do it with style.

Ater the stunning new track ‘I Come From Your Future’  it’s nostalgia all the way to the end of the set proper. First comes the wonderful ‘Bittersweet’  before my favourite fun track ‘Miss Freelove ’69’ sees the first drops of rain. The band’s huge range is on display again for the powerful ‘1000 Miles Away’ before we end the set proper with an amped up ‘I Was a Kamikaze Pilot’. There’s hardly a punter not singing along and only a few in the higher reaches not dancing! 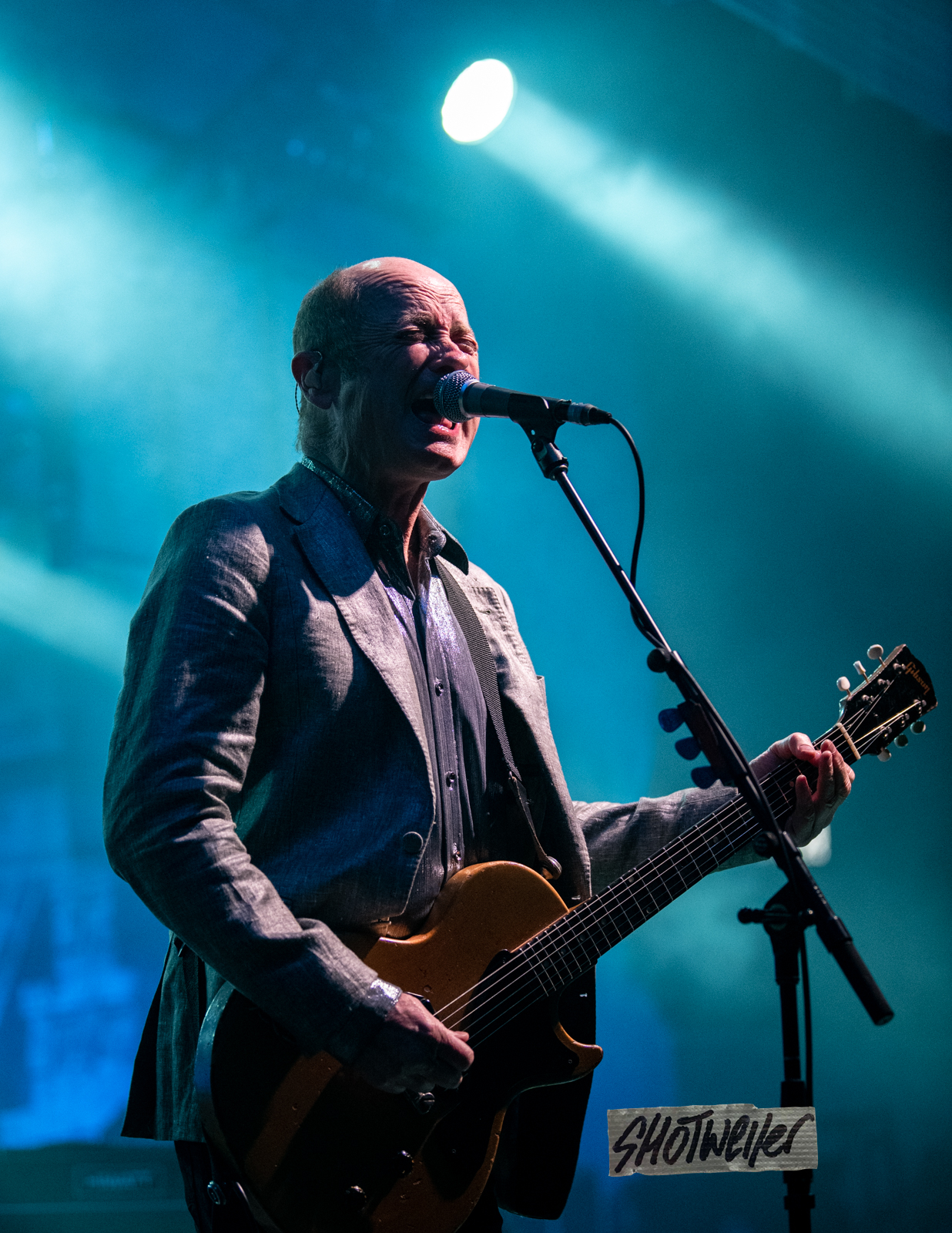 The crowd wants encores and of course they are but being as this is the last show of the Tour and Dave is home in Perth we get so much more! Of course there’s ‘Be My Guru’, What’s My Scene’ and ‘Like Wow Wipeout’ but we also get a reunion of Le Hoodoo Gurus like onstage – with original members James Baker, Roddy Radalj, and of course Dave and the current band, joined on stage by original bassist Kimble Rendall who has just flown in from Sydney to close the night together after 41 years, and as Dave old us earlier, about another 8 days since that first gig, with ‘Leilani’.

It’s the perfect end to the perfect night and the last date of the Anniversary Tour. Tonight The Gurus are peerless.