What a great way to end a great tour – right back at home in Fremantle.

Hometown heroes Eskimo Joe has the crowd in the palm of their hands tonight from start to finish as they played two classic albums in full to a partisan crowd, before they sprinkled some hits on top to send us home more than satisfied. To make the night even more special they filmed it too for future release!

Tonight was always going to be special. After shows in Sydney, Melbourne, Adelaide, Darwin, Brisbane, Townsville and the small matter of an AFL Grand Final, Eskimo Joe returned home to Fremantle to play 2001’s A Song Is a City, and 2004’s  Black Fingernails, Red Wine in full in their own back yard. Not only was it a chance to hear ever track and each interlude from those tow Aussie classics part of the joy was hearing the stories behind the songs, most of which only happened a stone’s throw from tonight’s venue.

Any time of course a band does these types of shows it’s interesting, diehard fans of course love that they get to dig a little deeper, but you can alienate casual fans who come just to hear the familiar but we’re on very safe ground here at what is described as “The best venue in the country” from the stage, which might be a little parochial but there is a great sound tonight for an outdoor show! Opener Adalita (from Magic Dirt) does well to stir things up and even debuts a couple of songs from her upcoming new album release on December 2nd with ‘Listen Hard’ and ‘Equations’. But is ‘The Eskis’ that everyone is here for and they announce as they arrive their intent to ‘Play two albums in full with all the little bits in-between’. And it begins. 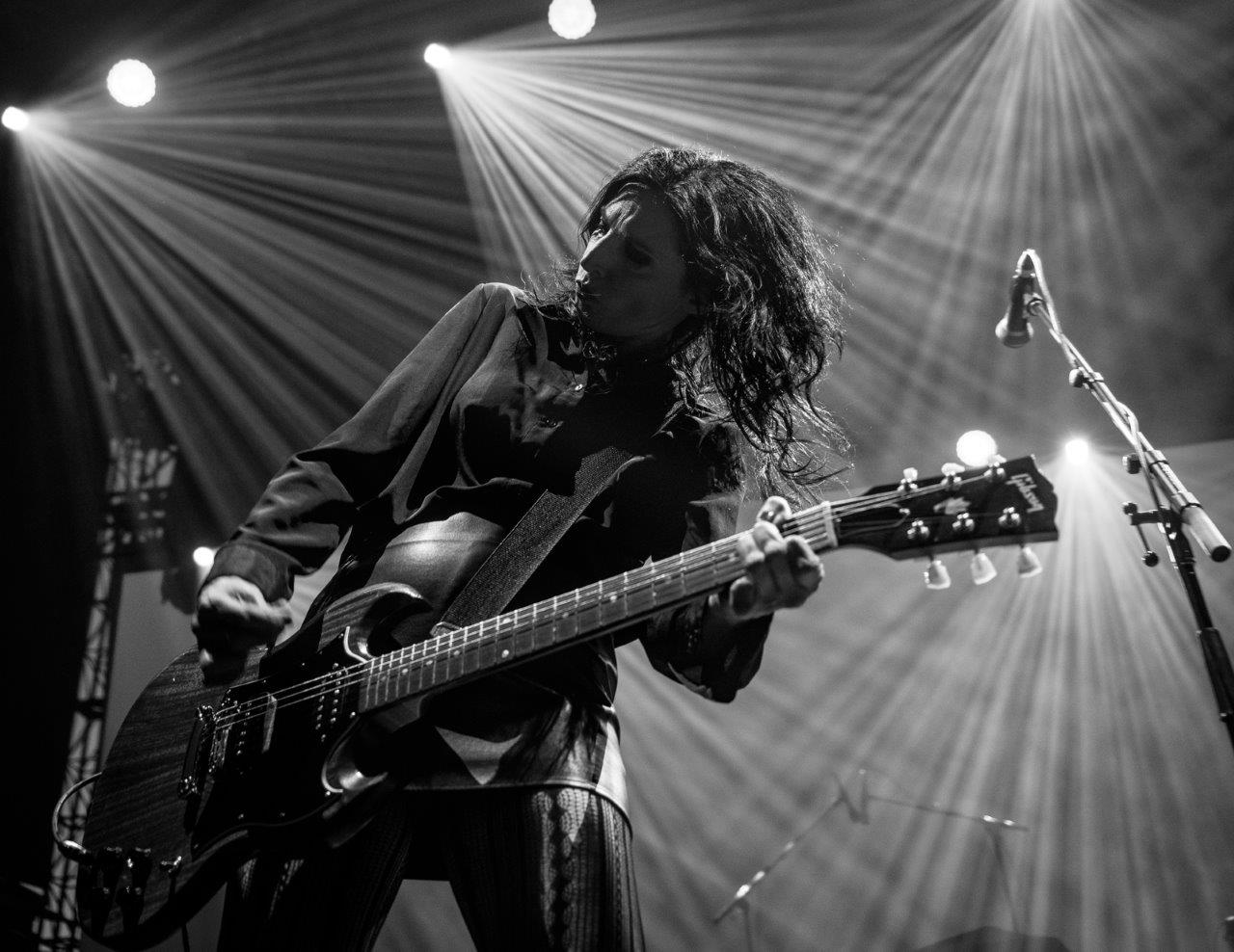 Playing ‘A Song Is A City’ and ‘Black Fingernails, Red Wine’ in their entirety the band took to the stage to roars from the crowd with front man Kav Temperly looking not too dissimilar to a modern day Elvis or Roy Orbison, opened with the low key ‘Come Down’ and it was immediately clear how tight and rehearsed the expanded band was. Usual encore ‘From the Sea’ followed and was greeted with the intensity of applause usually reserved for the end of the night.

What really added to the night was the stories behind the songs that really get to where the songs come from, like hearing The Beatles talking about trying to write like Roy Orbison, then trying it yourself and ending up with ‘Older Than You’. Or watching Rage after a late night (before streaming and mobile phones that’s how we drifted off) and hearing the Soul legend play ‘Ain’t No Sunshine on the Old Grey Whistle Test and ending up with ‘I’m So Tired’ which tonight is fused with Bill’s song.

The visuals tonight were nice an complimentary, adding rather than overwhelming you. Before you realized it the second album was over. The crowd who are a wonderful mix of ages, and some who have travelled a long way for this show loved it. 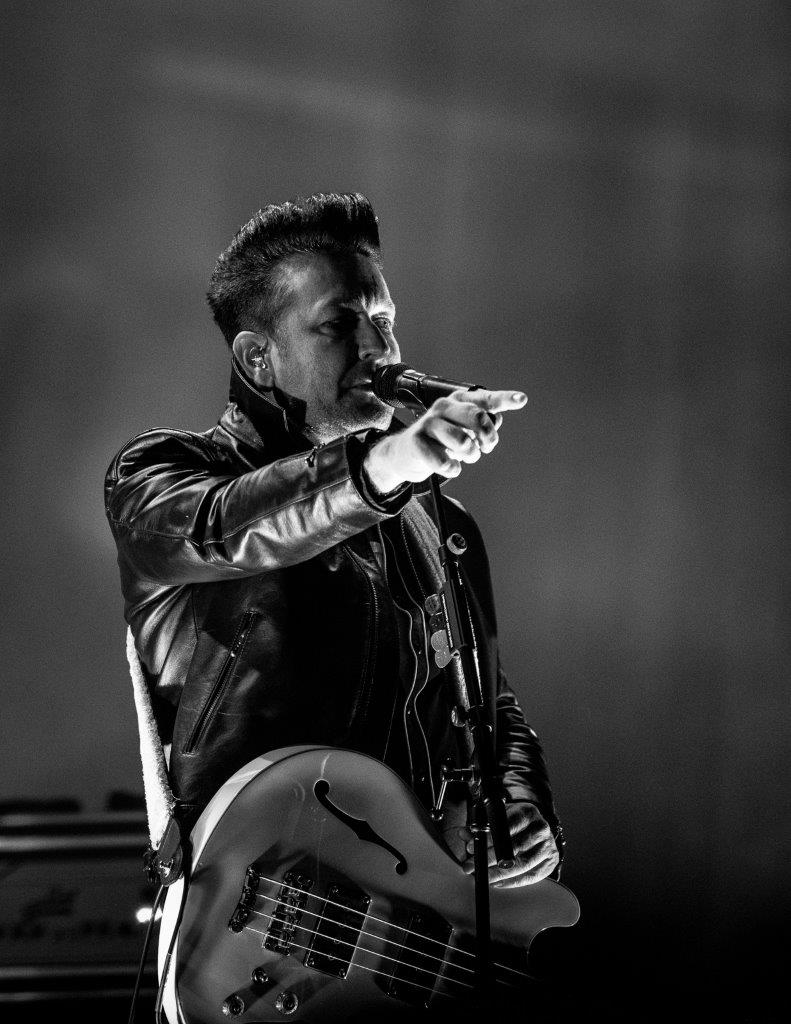 The exodus to the bar and the street food between sets was of almost biblical proportions, and getting fueled before what some still consider in these parts to be their best album ‘Black Fingernails, Red Wine’ was essential on an unseasonably cold Perth late October evening.   Live it sounds huge and rather than say the album has aged well I’ll just add it to the list of timeless records that can both evoke the past and sit wonderfully well in the present. One of the best things about tonight though from a reviewer’s perspective is to look at the faces and ear the excited gasps as the band play songs that have never been played live before, and that’s the real magic of tonight for some.

The audience seemed even more energized for ‘Fingernails’ and the stories came thick and fast, one of the highlights for this reviewer was the recreation of ‘Reprise’ which featured keyboard player, Timothy Nelson, and Paul on stage with guitarist Joel MacLeod taking on a second set of keyboards. Then came the moment where Kav asked everyone to put their arms around the persons next to them and just sway to the rhythm of ‘How Does It Feel’, the final track of the album. It was the perfect way to close the main set.

Back for the encores Kav announced what some already knew, that tonight was being recorded for a live DVD. And just to add the cherry to the top we closed out the night with three of the ‘Ekis’ most huge: ‘Sweater’. ‘Love is a Drug’ and the tidal wave that was ‘Foreign Land’. It was great to have the boys home!

Setlist
Come Down
From The Sea
Life Is Better With You
Older Than You
A Song Is A City
Don’t Let It Fly
I’m So Tired
Seven Veils
Smoke
Carousel
This Room
Car Crash
Comfort You
New York
Black Fingernails, Red Wine
Breaking Up
Setting Sun
London Bombs
Sarah
This Is Pressure
Beating Like A Drum
Suicide Girl
How Does It Feel