Planet Rock dubbed Kira Mac as “rock ‘n’ roll livewires” and made their debut single ‘One Way Ticket’ Track of the Week within just two weeks of release. That single then leapt to the Planet Rock A-playlist, topped the 28-day April Playlist, and received rave reviews and feedback. All four Kira Mac singles — ‘One Way Ticket’, ‘Dead Man Walking’ and ‘Hit Me Again’ and ‘Mississippi Swinging’ — have now been A-listed on Planet Rock. What’s more, Steelhouse Festival were so impressed with Kira, they created a slot especially for them and immediately booked them again for 2023.

What’s more, the band performed a session on Radio 2’s prestigious Rock Show with Johnnie Walker. They also landed the High Hopes feature in Classic Rock. All this for a band debuting its first album shows much promise and high hopes indeed, and reviews in print and online have echoed that.

“The response to the album so far has been incredible,” says eponymous frontwoman Kira Mac (a.k.a. Rhiannon Hill) delightedly, “We never thought or expected to have as many people love it as much as they do, We’re so, so happy with the lovely words and reviews that we’ve had across the board: we just wanted everyone to love it as much as we did making it.”

“What Kira Mac have delivered is extraordinary,” say rock reviewers Needle in the Groove, “It is ten songs of pure quality, that after just one listen will make you ride that rollercoaster and pay to take the ride again and again.”

Paul Sabin from Metal Planet Music awarded the album 10/10, saying “The product that they have collectively created is sublime. This is one of my highlights of 2022.”

Powerplay Magazine also gave ‘Chaos is Calling’ full marks with 10/10 and observed “It’s an album overflowing with flair, double shots of rock ‘n’ roll swagger and enough self-belief to leave a sizable and long-lasting impression on a scene that will welcome them with open arms.”

“…Even in today’s fickle music industry, this band will be a worldwide phenomenon,” reckoned Cyberbaby, “How can anyone not want to listen to this? A debut album of this quality only comes around rarely, make sure you buy it, make sure you see them live… a couple more albums and they’ll be headlining major festivals, ‘Chaos Is Calling is just the first spark of a fire that will ignite the entire Rock industry.”

Kira Mac will be undertaking an 11-date tour, starting at Bannermans in Edinburgh on 20th November. As the band themselves say, “With a brand-new album coming out in the Autumn of 2022, it makes sense to promote it with 11 dates through England, Wales and Scotland (Ireland we’re comin’ atcha soon!)”

Check below for tour dates and check the band’s website and social media platforms. Tickets are on sale now, but a heads-up: tickets are selling out rapidly. The Birmingham and South Wales gigs have already sold out, so book quickly to secure tickets remaining at other venues and dates.

Lovers of rock, blues rock, Southern Rock and all points in-between seriously need to check out Kira Mac’s brand-new album, available now on all digital platforms and don’t forget to visit the band’s brand-new online store if you fancy ‘Chaos is Calling’ on physical formats, including CD and vinyl. Now available on all digital platforms https://slinky.to/chaosiscalling 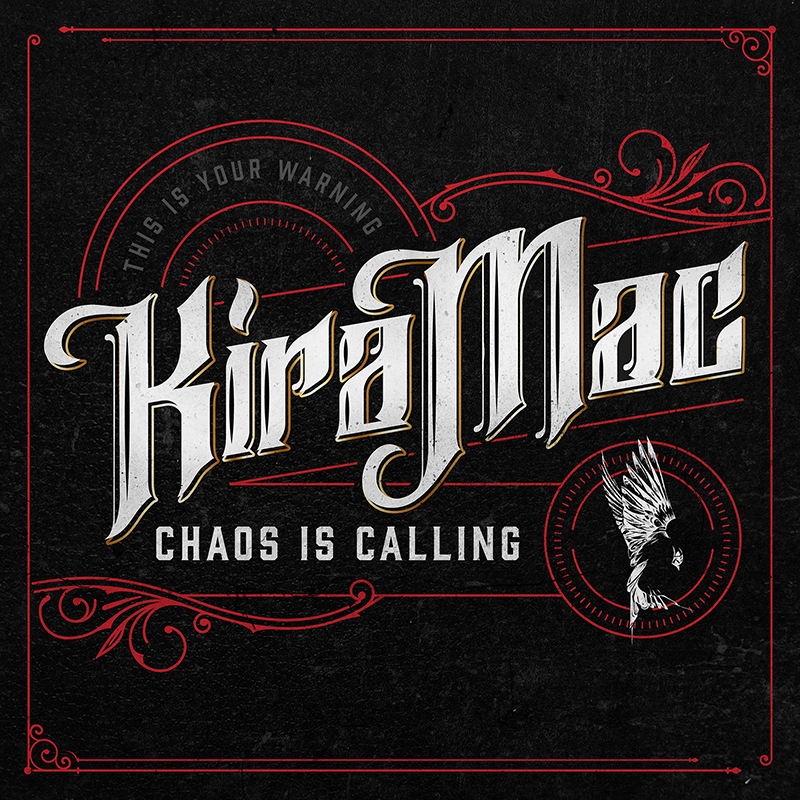 N.B. The band advise – if ordering the vinyl, make sure to place that as a separate order from the CD or/and t-shirt as the store does not part ship orders. The CD is out on 18th November 2022: the vinyl is scheduled for release on 2nd June, 2023.
Website: http://www.kiramac.com/
Facebook:  https://www.facebook.com/kiramacmusic/
Twitter: https://twitter.com/kiramacband