Back in the late 70’s and early 80’s there was a vibrant music scene in both Los Angeles and New York, and whilst the scene in L.A. subsided into a colorful mess of big- haired bands who paid to play on the Sunset Strip, New York was never quite as fertile again. The beauty of the scene in Los Angeles was the infinite variety – from Punk and New Wave to Rock and Heavy Metal. One of the bands that stood out for me was Berlin who took their cue from Europe and had the songs to generate cross-over appeal. And then it all got huge with the release of a certain song. There’s plenty more stories though in between, and we caught up with Terri Nunn to find out all about how she became a part of it all. Music almost lost out though and we find out all about that too.

Berin plays Australia in January 2023. It’s one not to miss! 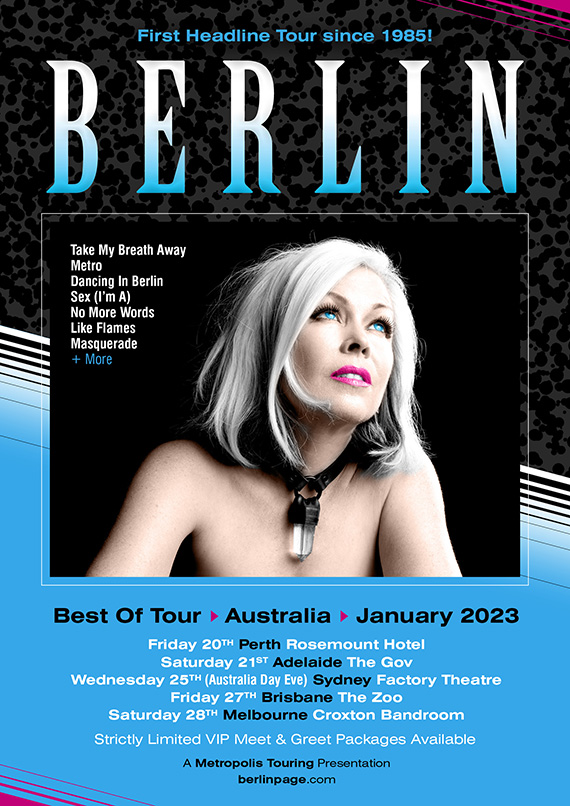