Four-piece Australian alt/rock project Hyperdrive Stereo have released their new album Greatest Destroyer of Love, fondly referred to as the album that shouldn’t be.

Written in the late 90’s but never recorded, Hyperdrive Stereo always knew they had a great album of material. However, timing is everything and at that time, it just wasn’t meant to be. But good songs will always be good songs no matter how much time has passed, and now, Greatest Destroyer of Love is here to finally be heard. 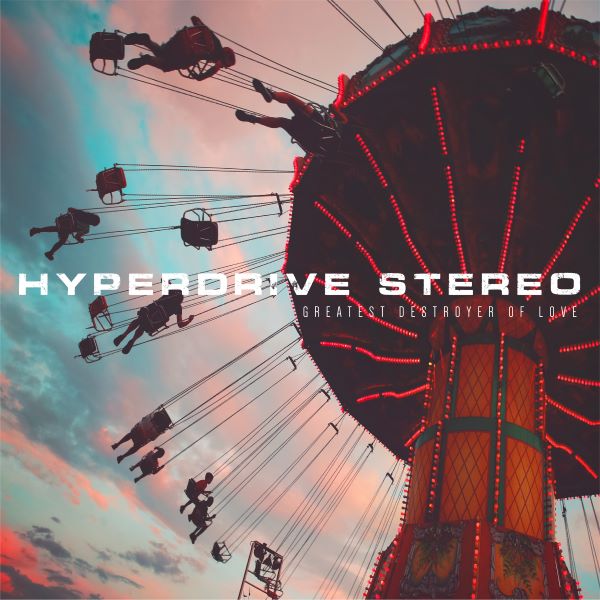 Metermaid: A hopeless drug addict leaves his kid strapped in a car.

13th Beach: A song about moving on from the pain of an expired relationship, hitting the road to start again, and landing on a beach called 13th Beach – which is an actual (pretty bleak) beach in rural Victoria, Australia.

All Rights Reserved: The final conversation between a couple ending their tired relationship, officially withdrawing all relationship “rights” (loyalty, love) from the other.

Untied: A song about the anguish and futility of a relationship going nowhere despite both people really wanting it to. And the sadness of knowing everything ends and everyone dies.

Contact: A confused and doomed young couple has made a series of mistakes that they can’t undo.  They have each other for the moment, but their bond won’t be enough to save them from the consequences of their bad choices.

Hole in the Ground: A young man cuts ties with people he loves and who love him, as he prepares to enter the prison system for a long time.

That Tired Dress: A desperate and tortured man tries to win back his girlfriend after breaking her heart, to no avail.

Engine: A tortured man’s car breaks down in the middle of nowhere at night. As he walks aimlessly in the darkness, he contemplates his life of suffering, and the suffering he has caused others.

Small Details: A song about reflecting on past regrets and valuable friendships left behind.

Fish Out of Water: A man contemplates life and the afterlife as he distances himself from another girl he cares for but can’t commit to.

Greatest Destroyer of Love is an album that sounds original and fresh, which has already stood the test of time. An album that can only be described as uniquely Hyperdrive Stereo.

Greatest Destroyer of Love will be available for CD purchase on the Golden Robot Records online store as well as participating retailers from next week.