Grammy-winning hard rock band Halestorm along with Canadian rockers, Theory (Theory Of A Deadman) will be touring Australia and New Zealand in early 2023!

Halestorm will make “After years of keepin’ the faith, we are finally returning to Australia and New Zealand to bring the Rock!” says frontwoman extraordinaire Lzzy Hale. “Thank you so much to all of our die hard fans for keepin’ the torch lit for us!!”

Produced by Nick Raskulinecz (Foo Fighters, Mastodon, Alice in Chains) with co-production by Scott Stevens (Shinedown, Daughtry, New Years Day), much of the aptly titled Back From The Dead was written and produced throughout COVID lockdown, and as Lzzy continues “is a journey of navigating mental health, debauchery, survival, redemption, rediscovery, and still maintaining faith in humanity.” 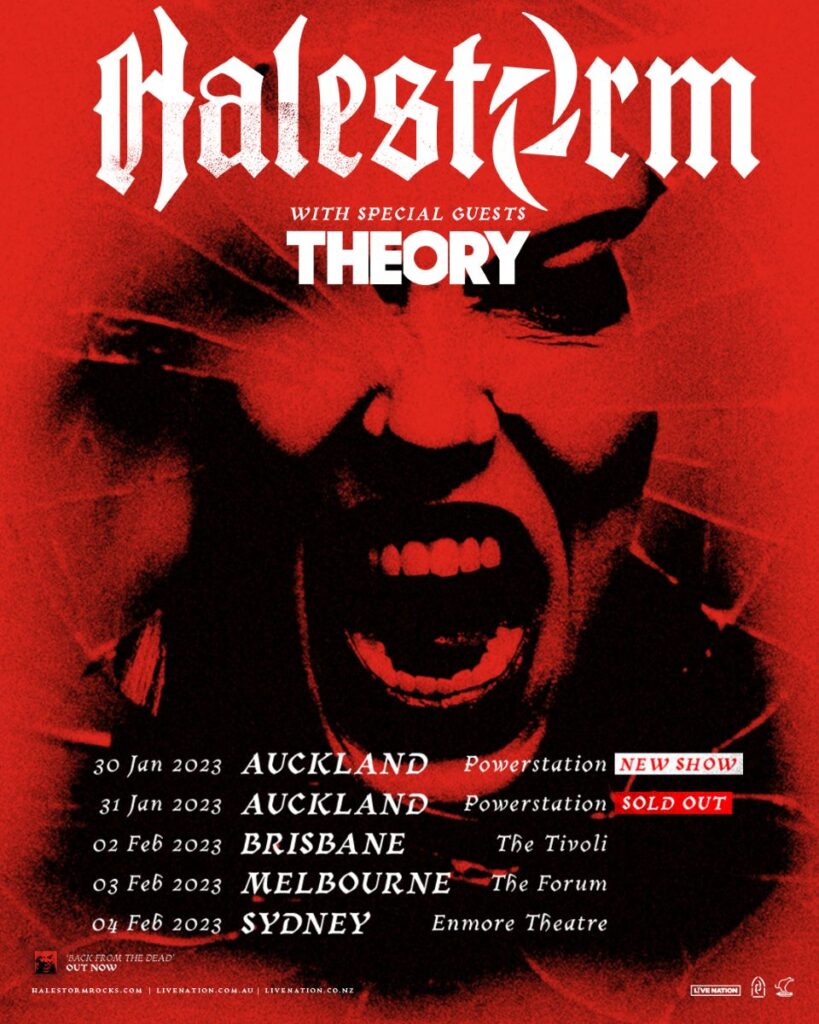 Halestorm has grown from a childhood dream of siblings Lzzy and Arejay Hale into one of the most celebrated rock bands of the last two decades. Called a “muscular, adventurous, and especially relevant rock record” by Rolling Stone, Vicious earned the band their second Grammy nomination, for Best Hard Rock Performance for the song ‘Uncomfortable’, the band’s fourth #1 at rock radio, and led Loudwire to name Halestorm “Rock Artist of the Decade” in 2019.  In Australia Vicious was Halestorm’s highest charting album to date landing at #16 on the ARIA chart. Fronted by the incomparable Lzzy Hale with drummer Arejay Hale, guitarist Joe Hottinger, and bass player Josh Smith, Halestorm has earned a reputation as a powerful live music force, headlining sold-out shows and topping festival bills around the world, and sharing the stage with icons including Heaven & Hell, Alice Cooper, and Joan Jett. 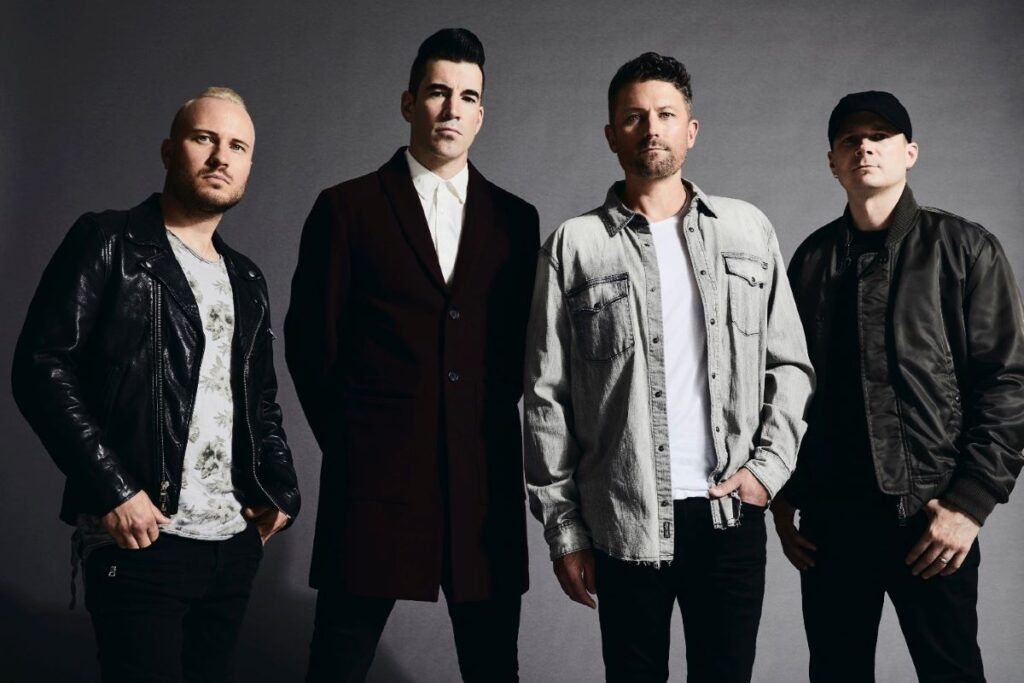 Award-winning multiplatinum Los Angeles-based Canadian band Theory of a Deadman (abbreviated as Theory) consistently deliver undeniable anthems rooted in scorching songcraft, experimental vision, rock ‘n’ roll attitude, and clever pop ambition. After nearly two decades, the musicians landed their biggest career hit in the form of ‘Rx (Medicate)’ from 2017’s Wake Up Call. Not only did it receive a platinum plaque, generate 100 million plus streams, and become their third number one on the Billboard Hot Mainstream Rock Tracks chart, but it also received a nomination in the category of ‘Rock Song of the Year’ at the iHeartRadio Music Awards. Theory’s seventh full-length offering, Say Nothing marks the start of a bold new chapter introduced by the 2019 single ‘History of Violence’.