Singer songwriter and Australian bluesman Ivor S.K. is living the dream walking in the footsteps of the American blues giants. Since releasing his debut album ‘Montserrat’ to critical acclaim back in 2017, Ivor S.K. has thrust himself into the daily life in the deep south absorbing all that this rich heritage has to offer. For five years he has been playing in the revered rooms of the Crescent City, the jumpin’ jukes of the Delta and, the seaside shacks of the Gulf. Now “Mississippi Bound” arrives as the first fruits of those labours.

“Mississippi Bound” is Ivor’s highly anticipated third release. This fifteen-track, roots odyssey recorded and produced effort during his year off due to the pandemic is set for release on Friday October 14th.

There’s a maturity to these tracks that are way beyond his years. “Mississippi Bound” kicks off via a tangential excursion to the Caribbean in the form of the title track – three minutes of ska dipped R&B – and in Ivor’s inimitable fashion journeys through the nooks and crannies of the blues roots, palette; singing slide, grinding grooves and lucid licks. Ivor’s burgeoning slide playing comes to the fore on down home tracks like I Don’t Roll, Dead Pig and Wheelin’; southern soul show its flair on 100 Dollar Bills and Sweet ’n’ Low; and the swampy influence of New Orleans on deep blues, cuts such as Get Up, Slow Down and Kiss on my Blues. Ivor’s inspired, warmly charred vocals tie each song together, spinning sly tales of life’s sweet and sours, while his easy, rolling acoustic weaves through the entire album, taking moments to shine on stripped back arrangements like Talkin’ Shit Again, No Friend of Mine and Down the Road.

“These songs have taken on that laid-back lilt of the deep south sounds you can’t help but fall into down in New Orleans. There’s a little bit of everything in there. It’s also the first album I’ve recorded since adding cigar box guitar to the quiver, another new character laden ally picked up since moving over here. Throw that in with rolling acoustic six string, deep swampy blues, raw soul and some sly humour, and I’m hoping there’s something for everyone to tap into.” – Ivor S.K. 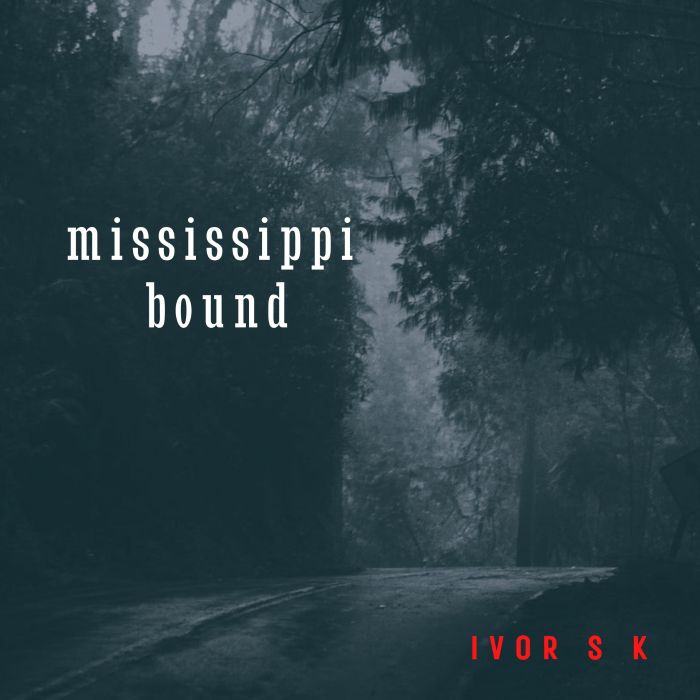 “Mississippi Bound” is available on Ivor S.K. website and to download on all your favourite digital platforms.